Unlike Stachys byzantina (Lamb's Ear), this species forms large, rounded clumps of green, long and narrow, textured leaves. It is lovely even when it's not in bloom. From early thru midsummer, sturdy spikes of lavender-rose flowers shoot up through the foliage, putting on quite a display.

Though this plant is relatively unknown to many gardeners, it makes a unique addition to any sunny border. Once you try it, you'll see that it goes with just about everything else in the garden. It is very easy to grow and deserves to be planted more widely in American landscapes.

Stachys m. 'Hummelo' received the highest rating out of 22 Stachys studied in the Plant Evaluation Trials at the Chicago Botanic Garden. The trial was run from 1998-2004 by Richard G. Hawke. Both 'Helene von Stein' (aka 'Big Ears') and 'Silver Carpet' also received very high scores.

Stachys 'Hummelo' has been grown and sold at K&K Gardens for several years. Although it wasn't available the last two years, it will be back in 2019! This is a wonderful perennial for hot, dry, and full sun locations. It also holds it's flower clusters for several months. 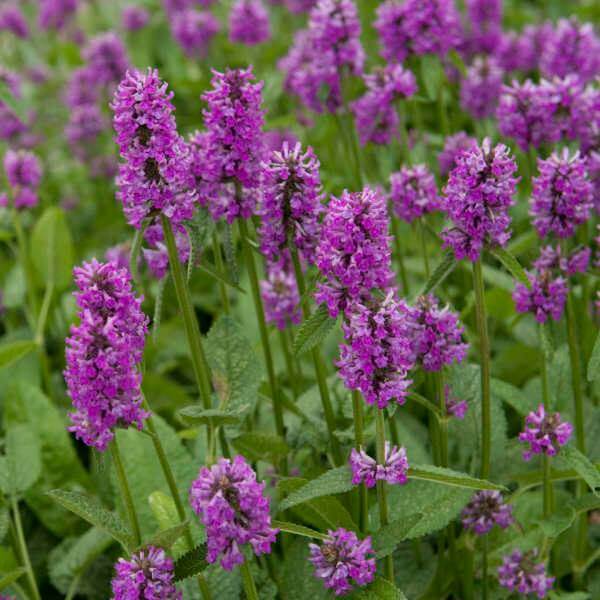